The word insupportability does not exist in most dictionaries but it is a legal term that means “incompatibility, discord or conflict between parties”. Of course, in Texas law the term has other deeper connotations. 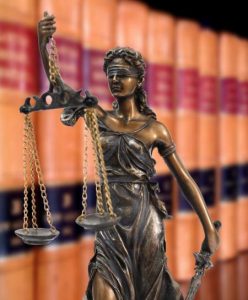 An insupportability divorce is a divorce based on what some may call irreconcilable differences. According to the Texas Family Code section 6.001;

“On the petition of either party to a marriage, the court may grant a divorce without regard to fault if the marriage has become insurpportable because of discord or conflict of personalities that destroys the legitimate ends of the marital relationship and prevents any reasonable expectation  of reconciliation.”

Insupportability is a “no-fault” ground for divorce in Texas.  This means that this type of divorce can be granted without proof that one party in the marriage was at fault for the break-up of the marriage.  In Texas, most divorces are granted on the ground of insupportability. This means that conflict or discord of personalities that are married is too great for there to be any hope for reconciliation.

The spouse seeking the divorce still has to prove that the marriage in insupportable. However, unlike other divorces, the proof just consists of saying yes to questions asked by the judge. For example, saying yes when the judge asks if the discord and conflict in the marriage between the married parties, is so great that there can be no reconciliation. The spouse does not have to respond to questions from the attorney, and there is no duty to reconcile in Texas.

Fault Based Divorce in Texas


With so many marriages ending through a no-fault divorce, it’s not surprising that some people may wonder whether fault-based divorces are allowed in Texas anymore.  The answer is that fault-based divorces are allowed, which means you can state specific grounds for divorce as defined in the Texas Family Law code. Some of the grounds you can state include:

The spouse does not have to prove the above faults in court for them to obtain a divorce. You simply cannot be forced to stay married in Texas anymore, which means either of the spouses is entitled to get a divorce.  If the spouse succeeds in obtaining the divorce, the spouse seeking the divorce may be given more of the community property.


There are a number of common divorce related issues that you and your spouse will still have to handle in an insupportability divorce. If they cannot agree on how to handle those issues, the judge will decide the following:

A couple that agrees on most of the divorce-related issues may find mediation more useful and affordable than going to trial.  It is very crucial to seek the advice of a divorce attorney before reaching any agreement with your soon to be ex.